The Daily Mash - Elderly drinkers use latest medical advice to wipe themselves
Posted by Gorseinonboy at 5:13 PM No comments:

London 2012 Olympics: Synchronised swimmer Jazmine Stansbury explains to Metro why dedication is needed to shine in a sport often written off as a novelty act. 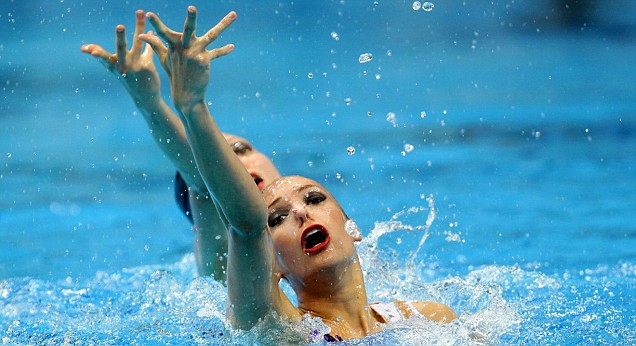 Brits Olivia Allison and Asha Randall of England compete at the Commonwealth Games in Delhi last year (Pic: Getty)
Few Olympic sports are as maligned as synchronised swimming. It used to be a bit of a laughing stock, in Britain at least, when introduced to the Games in 1984 and has largely struggled to shake off the ‘novelty’ tag.
Whereas gymnastics and diving – including the synchronised event – are seen as bona fide disciplines, artistry in the pool is still sneered at. Maybe it’s the ever-present grin.
But it is a sport on the up in the UK and the physical prowess of the elite cannot be taken lightly.
‘It’s hard work, I promise you,’ said Briton Jazmine Stansbury. ‘The smile is there to make it look easy but I challenge anyone to give it a try and to keep smiling. 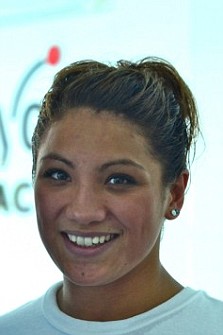 Jazmine Stansbury trains for 45 hours a week
‘People don’t appreciate how fit we have to be. Core strength is vital, synchro works your whole body.’
Stansbury, 22, recently lost her place in the British team – she still harbours hopes of reclaiming her place for London 2012 – and spelled out the dedication required to stay at the top.
‘I’ve trained 40-45 hours a week and worked as a lifeguard in the evening. You need dedication.’
With most of the exertion being underwater and requiring breaths held for long periods, it requires phenomenal conditioning. Most of us would soon be gulping chlorine.
Speaking in Essex at the opening of Basildon Sporting Village, which boasts a 50-metre pool, Stansbury says the sport is on the up here.
Indeed, in March, a ten-strong GB team won bronze in the Free Combination event at the European Champions Cup meet in Sheffield.
‘Hopefully, more kids will get into it leading up to and after the Olympics,’ Stansbury said. ‘Having places like this [the Basildon venue] is brilliant to give them the chance to have a go.’
Only time will tell if Britain’s pool of talent can be deep and strong enough to challenge at future Olympics, but a strong showing at London 2012 could be a stepping stone. And really give our synchro swimmers something to smile about.

Posted by Gorseinonboy at 5:29 PM No comments: